This job has been done over a period of time, from initial meeting of the customer, to the completed job as it is today. My initial meeting with the customer threw up a major headache, that neither the salesman nor the surveyor failed to pick up on. In the photos at the start of the project, there is what everybody assumed to be a manhole cover. It is actually an external access to the cellar which is below the room adjoining the orangery! This turned a straightforward job into a much more challenging project. To do the job properly, and satisfy building control, the footing on the proposed orangery would have to be dug to a depth which is the same as that on the back corner of the house. I estimated this to be a minimum depth of 2.4m given that I could comfortably stand up in the cellar. After plenty of head scratching and working out costings for various methods, it was decided that a piling contractor would be the most cost-effective approach. Straight away, this put the job back by a couple of weeks while we had to wait for an available space in the piling contractors schedule. as soon as the piles and the ring beam was put in, everything was straight forward again.

The build went as well as could be expected, with the only hindrance being the weather! A 3m opening was created, and 2 universal beams were put in to support the 2 floors above. The wall was knocked down in between the kitchen and the back room to really open things up.

The drainage goes to a 1.5 cubic metre soakaway which is 5m away from the orangery. The hole was lined with landscape fabric before backfilling with rubble, and topped off with pea gravel, and finally a layer of soil and then turf.

A big thank you to Strata Windows for your support on this project and for taking some great photos of the completed project. 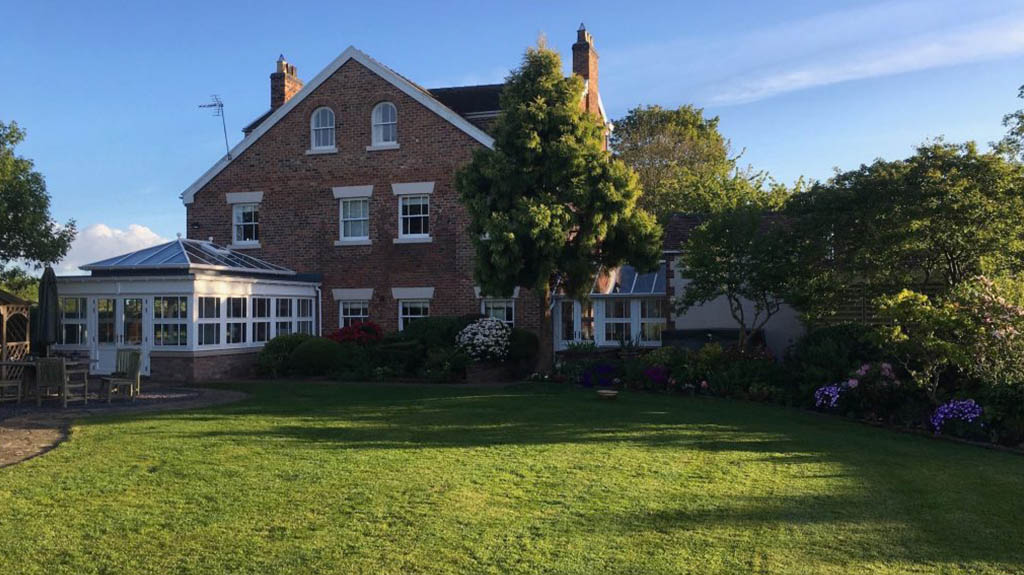